Recently I had to shrink quite a few shrinking tubes, mostly with a soldering iron or a lighter. However, a lot more convenient for that purpose is a SMD Hot Air Station. Besides shrinking tubes is is also applicable for reworking SMD.

By searching the internet I found a really cheap chinese hot air station for around 40€ shipped from germany, it's the YOUYUE 858D+.
It came with the control box, hand piece, a cradle and three round attachments. 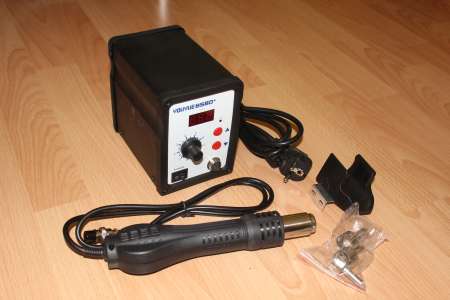 The fan (24V DC) is build into the gun itself. Here some pictures from the inside, just out of curiosity. 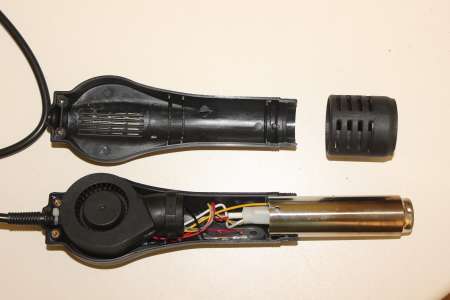 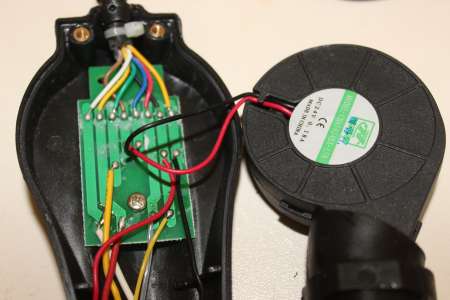 Here the PCB from both sided. The chip on the socket is an Atmega8. I first backupt the stock files (Flash, EEPROM, Fuses). Download at the bottom of this site. 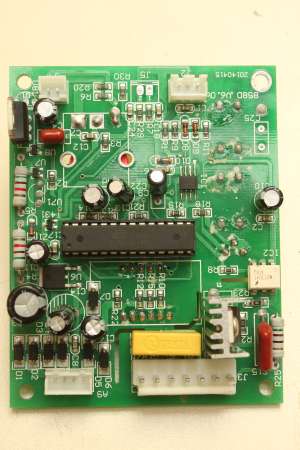 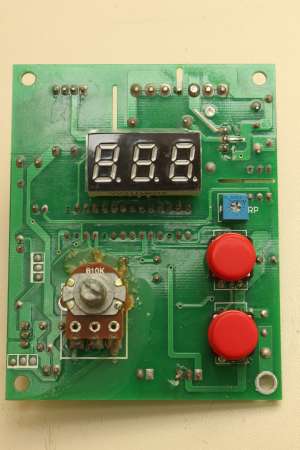 Sure enough, there is a mod/hack for this thing. It replaces the Atmega8 by an Atmega168 or Atmega328 to allow arduino to run on it.
The Atmega needs to be programmes via ISP, so I used my USBASP and the Pollin Board to Flash the new Firmware. 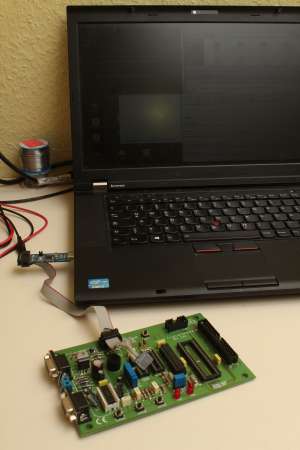 To get a better approximation of the speed of the fan, a 1Ohm shunt is added between the fan cables. Instead of scraping the traces and adding a smd resistor in between, I soldered the shunt directly between the cables of the fan. From there, a cable to measure the voltage drop goes directly to the pad labeled with "1" from J5. So it is connected to PC2 of the Atmega trough a 10k resistor.
For this mod to work, the line "#define CURRENT_SENSE_MOD" in youyue858d.h has to be uncommented.
Because I didn't had a 1 Ohm resistor laying around I used two 2,2 Ohm resistors in parallel. I corrected the 10% offset by increasing both values from "#define FAN_CURRENT_MIN_DEFAULT 33UL" and "#define FAN_CURRENT_MAX_DEFAULT 78UL" in the youyue858d.h proportionally. 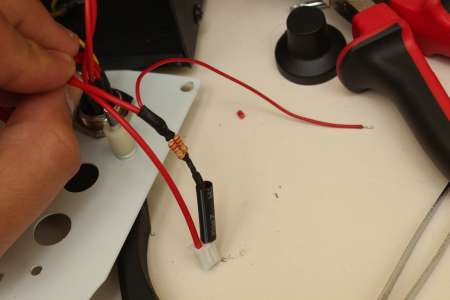 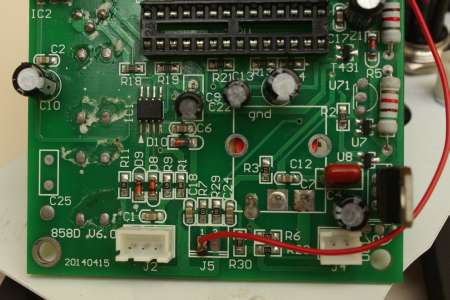 After putting everything together, this hot air station has now a few more features, such as adjustable PID controller, safety timeout, fan test etc. For more info read the documents provided by blog.spitzenpfeil.org.