One day I was browsing banggood.com and found on of those 100W COB LED.
Even with a reflector and lens it was too cheap to not buy it.

Here you can the the LED itself, the reflector, lens and its mounting bracket and a stepup converter with current limiting. Later I had to use another stepup converter than the one in this picture. 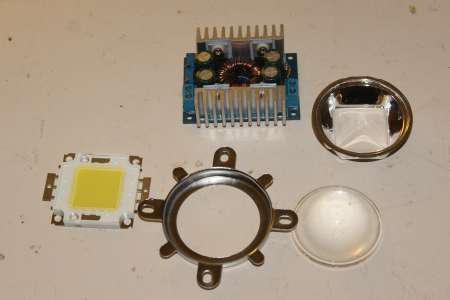 100 W are a lot for an LED and the most of it are wasted as heat and need to be transported away. I simply used an old CPU heatsink in wich I milled a pocket to fit a small Fan inside just to keep everything small. 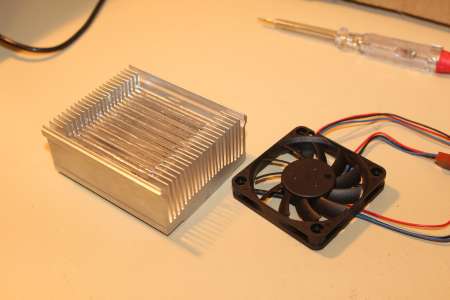 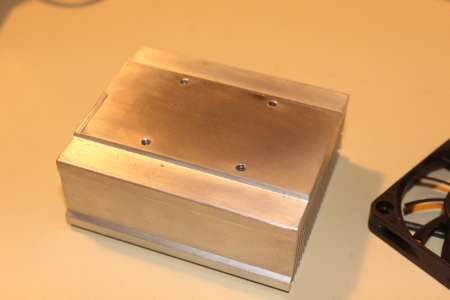 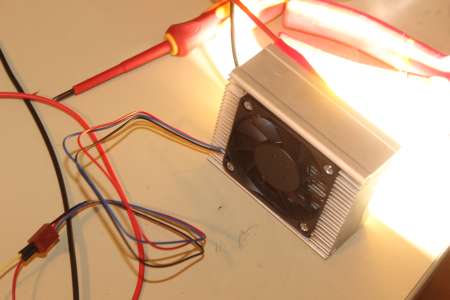 With some thermal compound the led and the collimator lens are getting screwed on top of the heatsink. 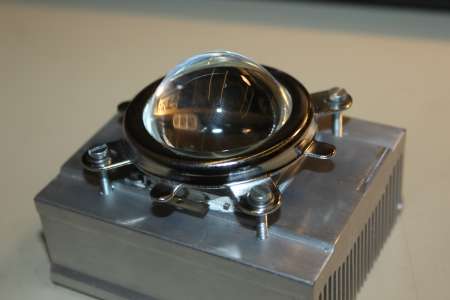 The needed stepup converter (a stepdown is also possible if the input voltage is higher than 36V) needs to be mounted somehow. I spend quite some time on thinking how I could do this, until I finally just bend some aluminium strips and put a wooden plate in between. 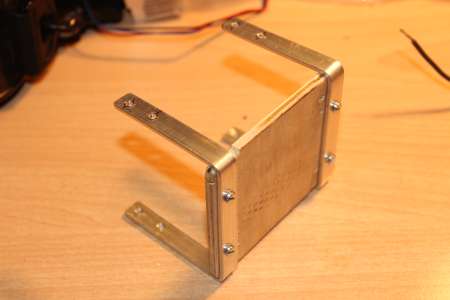 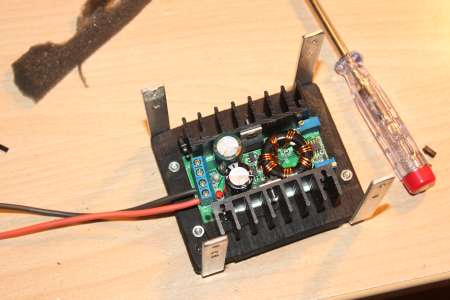 A Stepup converter with current limiting was needed because an LED can draw more current at the same voltage if it gets warm. Thus the power of the led should be set by limiting the current. Later I wanted to be able to use 4S Lipos (13V to 16.8V), thats why I choose to use a stepup converted instead of stepdown. The led needs at least 30V to light up and about 35V to get to its full power. As a side note: I replaced the output 35V capacitor by an 63V one, just to be safe.
In this picture I used a 15V 5A power supply where I had to limit the power to 70W. During a countinous run the led reached a maximum of 50°C. 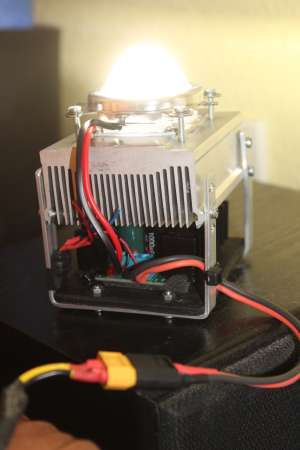